When it comes to Search Engine Optimization there exist nearly as many myths and misinformation about SEO as proven techniques that help you to improve your rankings. What makes it even more complicated is that a lot of the myths cannot be confirmed or disproved, simply because the algorithms of search engines are highly kept secrets and no one knows all the factors that are taken into account when raking a site. After all, the uncertainty about the algorithms does not really support stoppage of the rapid growth of myths that have started to develop over the years, but provides rumors and speculations.

Every once in a while, a new SEO myth pops up either when it is discussed in a forum or published on a blog, but there are some myths that are already so widely spread and seemingly omnipresent in the “SEO-knowledge” of many people so that the vast majority believes them to be true. In the following I will show you some SEO myths that I believe to be wrong. As a side note: this article will not cover the most common SEO myths, such as “trading reciprocal links is great” or “meta tags will improve your ranking”, as these myths are already widely discussed on the internet and already unveiled. This article will focus more on the myths that aren’t that widely discussed. The nofollow tag was introduced by Google in the year 2005, as an attempt to reduce link spam, clearly stating that Google will generally not follow, “transfer PageRank or anchor text across these links” – Google Webmaster Support. Simply put, links that have the nofollow attribute will not pass link juice and won’t help your site getting ranked, which made these links look useless and unimportant in the eyes of many.

I believe that Google, nowadays, has its own indicators if a nofollow backlink comes from an unrelated site via a user generated comment or from a highly relevant backlink with anchor text within the content of a high authority site. That is my opinion, but I believe that Google differentiates in-between these nofollow links, even though nofollow links might not be taken into consideration as a ranking factor.

The third and most important aspect that nofollow backlinks are not useless at all is the simple fact that these links will still refer real visitors to your site, which might become regular readers or even customers. The importance of an article that went viral on a nofollow site, such as Facebook or Digg shouldn’t be underestimated, as many other websites will start to link to your site as the original source for the information.

In conclusion, nofollow backlinks can benefit your website in form of visitors, even though they might not influence your search engine rankings.

2. “Sites get ranked accordingly to their PageRank”

The PageRank of your domain is negligible, unless you are a professional site flipper that sells websites for a living. Period! What matters is not the PageRank of your site, but how well your site ranks in the search engines. PageRank is an overestimated figure that has lost in importance over the years, when the search algorithms became more advanced and added a lot more very complex ranking factors, such as domain authority and link popularity of specific pages that influence the ranking of a site.

Proof for this theory can be found by doing some searches on Google to see that pages with lower PageRank outrank high PageRank sites pretty often, for given queries. Another fact about PageRank that should be mentioned is that the “official PageRank” you can see on your toolbar is not the real PageRank Google uses in its algorithms. The official one is just an infrequent updated metric (3-4 times a year), that is accordingly to Google “just one of over 200 signals that can affect how your site is crawled, indexed and ranked”. The official PR is not 100% accurate and not the true metric how Google estimates the authority and importance of your site, but it is a good indicator for you.

Many blogger or website owners try to reduce their outgoing links to a slight minimum or do not even link to other sites at all, in fear of passing too much link juice that could decrease their own PageRank. I have made the experience that you should link to other sites that discuss relevant aspects of your articles topic or elaborate one of your arguments more in-depth as you did. Linking to other sites will absolutely not decrease your PageRank and if you do it the right way it will benefit your rankings. The reason for this is as simple as logical:

Google has acquired the status to be the best search engine on the internet. With this status comes the ambition to be perceived by its users as the provider of the best search results that match a given search term as precise as possible, even if the search was inaccurate. Google will prefer sites that offer the best possible user experience. A website that provides exactly the content a user was searching for might not be considered to be the best possible user experience, if this site does not link to its sources or other sites that might be of interest for the user and if there is another site that covers the same topic, but links to other highly relevant authority sites for further recommendation on the topic.

The attempt to hoard all your PageRank by having no outgoing links at all is counter-effective, as it could reduce the user experience and looks simply unnatural to Google. Whenever you create content for your site, try to step into the perspective of your visitor that is searching for specific information’s and include links to external sources, whenever you think a visitor will profit from it. This sort of outside the box thinking approach helps you to view your website from the standpoint of a person that is seeking for as much information on a given topic as possible and helps you to satisfy your visitors, even though you are not completely covering his question.

In conclusion can be said that, linking out to external sites will not sky-rocket your search engine rankings, but it will have some positive effects if you link to relevant authority and quality sites. The only sites you shouldn’t link to are spammy, banned or malicious sites and bad neighborhoods. Furthermore, it is important to make sure not to link to a dozen completely unrelated sites within one article.

Matt Cutts, head of Google’s webspam team addresses this topic as follows: “I wouldn’t recommend closing comments in an attempt to “hoard” your PageRank. In the same way that Google trusts sites less when they link to spammy sites or bad neighborhoods, parts of our system encourage links to good sites.”

Every myth is based on personal opinions and so is my attempt to expose the above named myths. No person will ever be able to bust all existing myths on search engine optimization with 100% accuracy, simply because there is no precise knowledge on the way the search engine algorithms operate these days and how much importance the different ranking factors is given.

I would be very interested to hear about your thoughts and experiences about the above named SEO myths, feel free to leave a comment with your point of view. 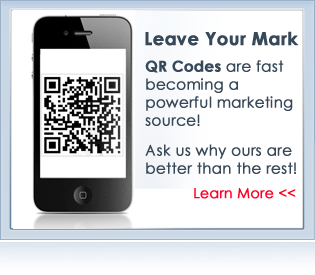